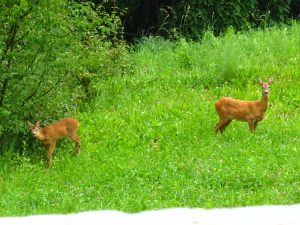 The wildlife projects promoted by the Adamello Brenta Nature Park are carried out by the Research and Conservation Group of the Brown Bear (GRICO – Wildlife Park Office). This was formally established (with Resolution of the Executive Committee n. 153 of 17 December 2004) to directly or indirectly support the conservation of the bear and of the other fauna typical of the Park environment.

The Group continues the commitment of the Park for the bear even beyond the Life Ursus Project, completed between 1996 and 2004. To reach a minimum population of bears in the Central Alps, a long-term objective of the project, the Group improves its knowledge on the population of Western Trentino. It also carries out a constant communication-dissemination activity. Finally, it collaborates with the Bodies and Associations that deal with the conservation strategies of the plantigrade. In addition to the bear, the Group is committed to promoting the conservation of the entire zoocenosis present in the Park.

Ursus Arctos - photo by Pino Oss Majestic and fascinating, the brown bear (Ursus arctos L.) has always aroused the interest of man, so much...

Specimen of alpine charThe alpine char (Salvelinus alpinus) is a medium-sized fish with a tapered shape very similar to a trout. It belongs to the...
<b>
<b>

To learn more, download  annual reports of activities carried out by  GRICO: