Home > Research and biodiversity > The BioMiti Poject > PLOT 2: below the walls of Cima Grostè at 2700m a.s.l.

At every step, we try to keep the balance. We pass screes, plaques, we go around blocks of rock, we climb and descend from large boulders. The rocky walls overlook us and deep fissures tell their story. We often interrupt the rhythmic sequence of the steps, to listen to the guttural songs (listens to them) of the white partridges (Lagopus muta). 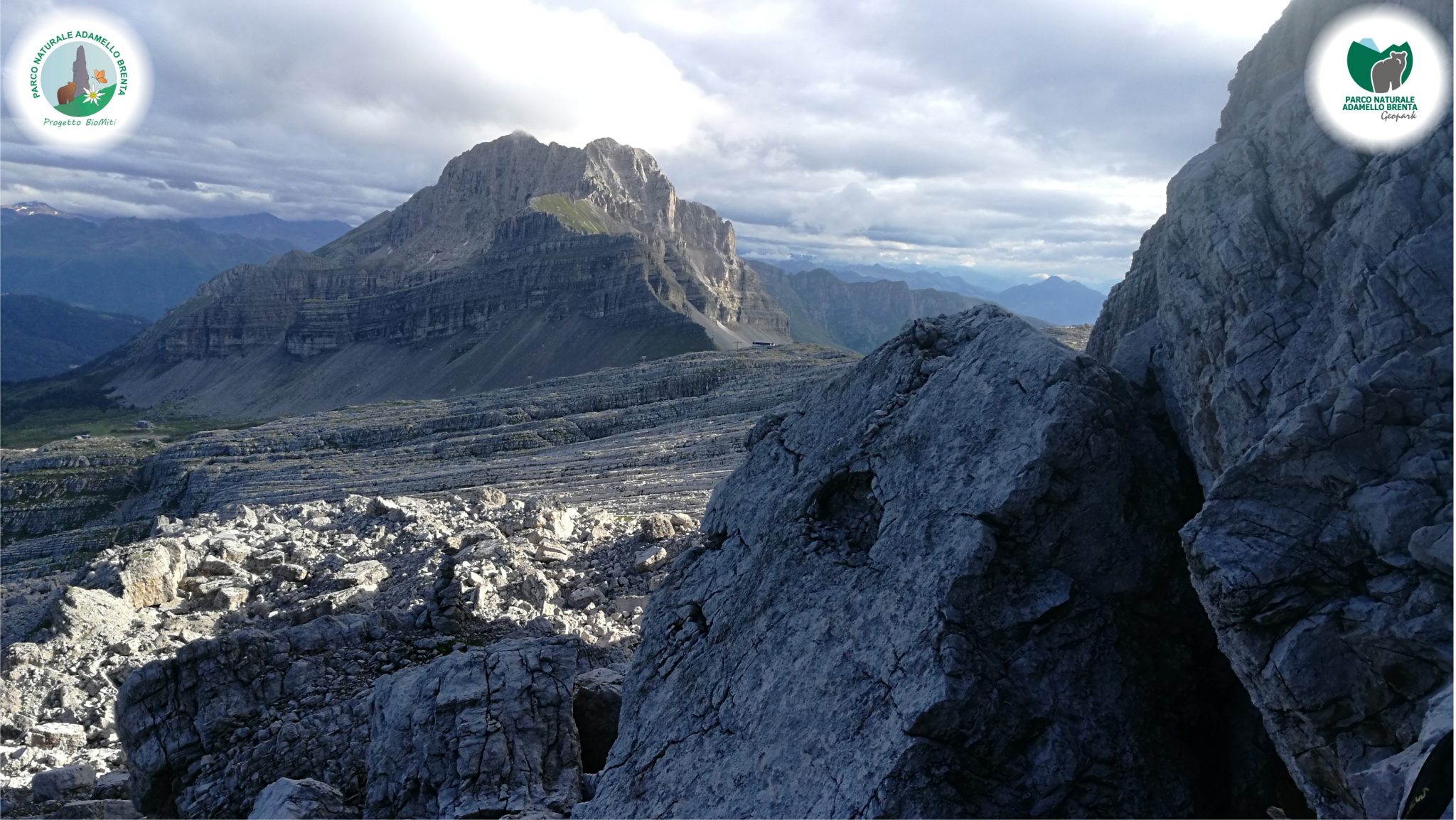 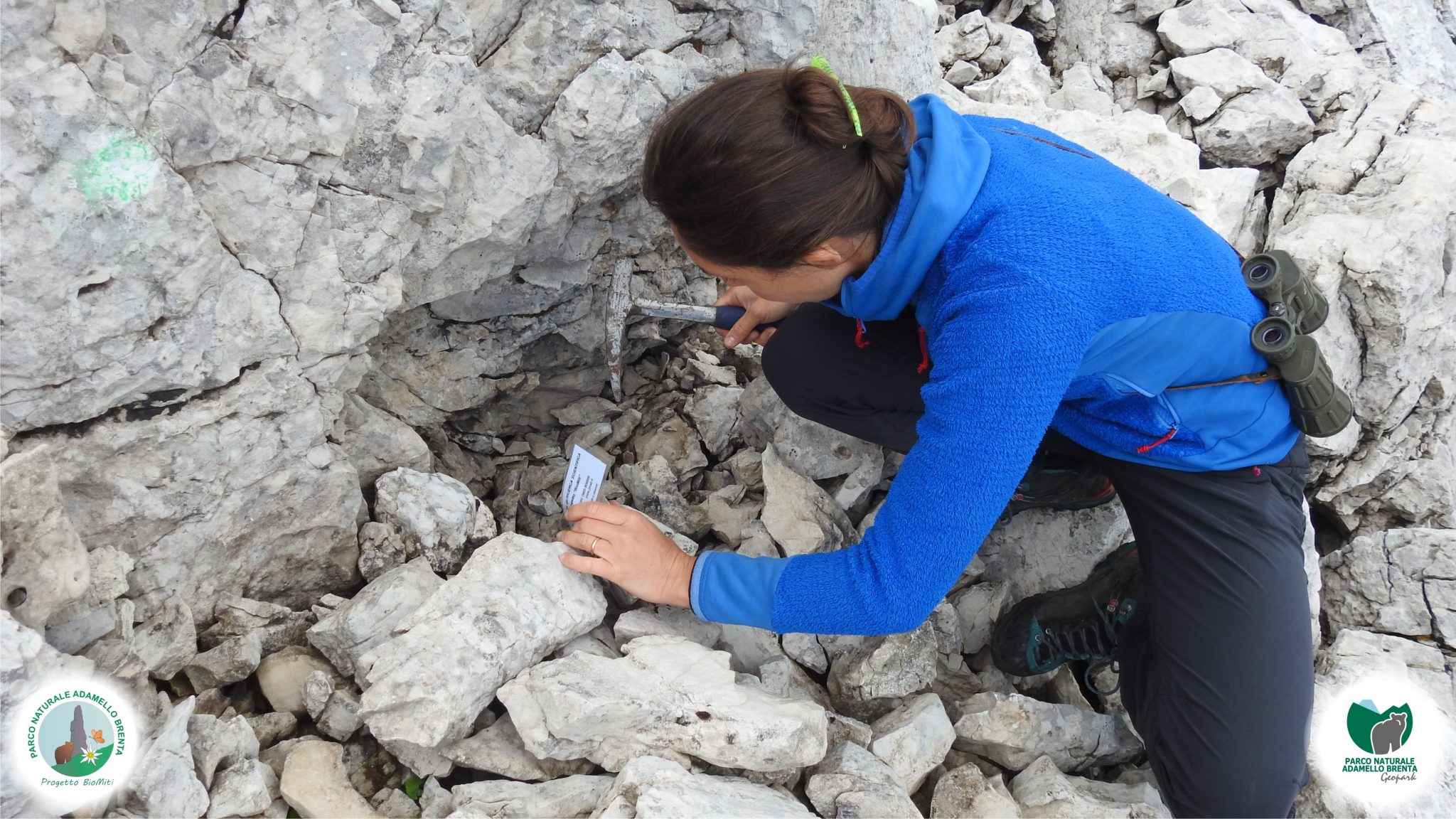 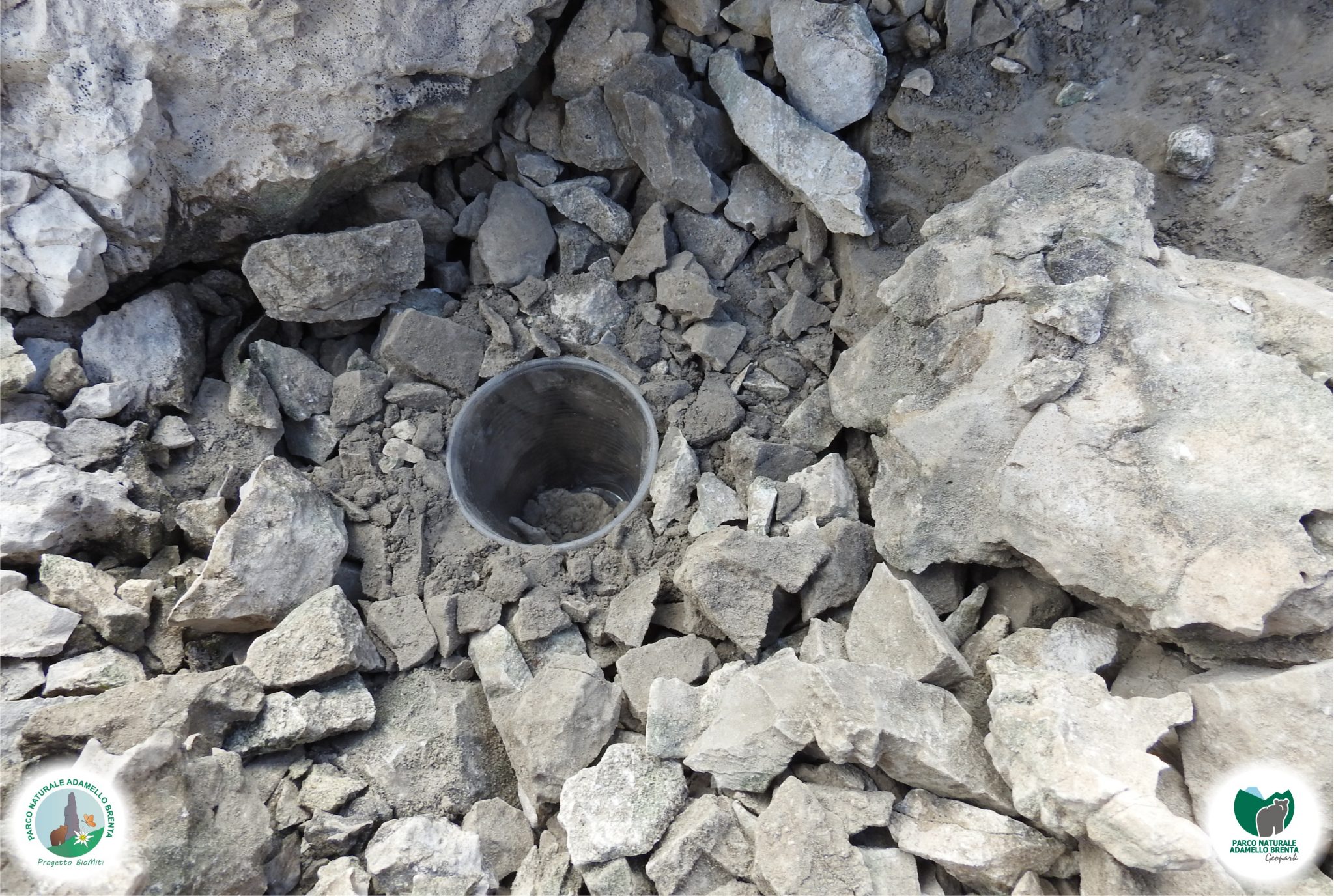 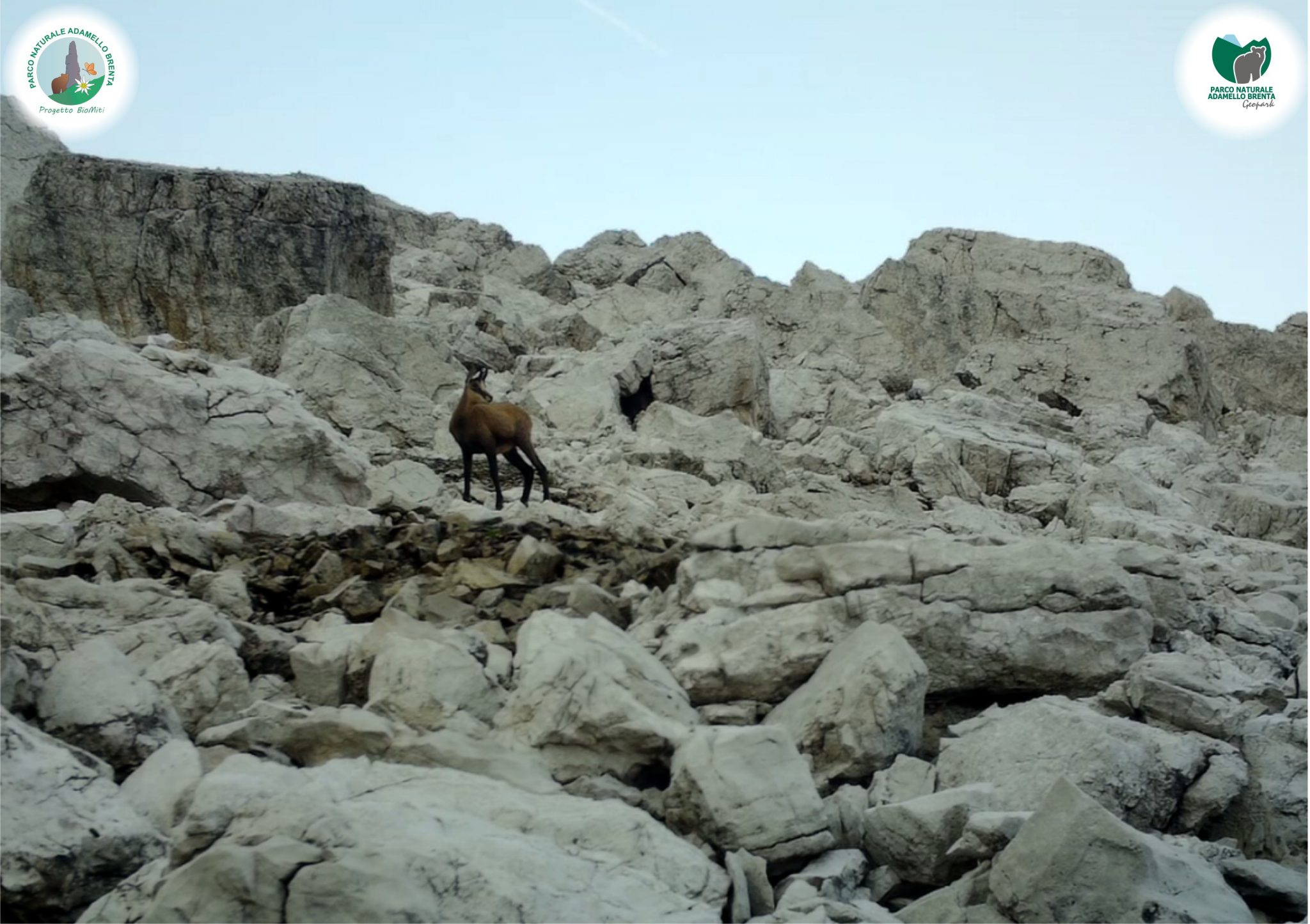 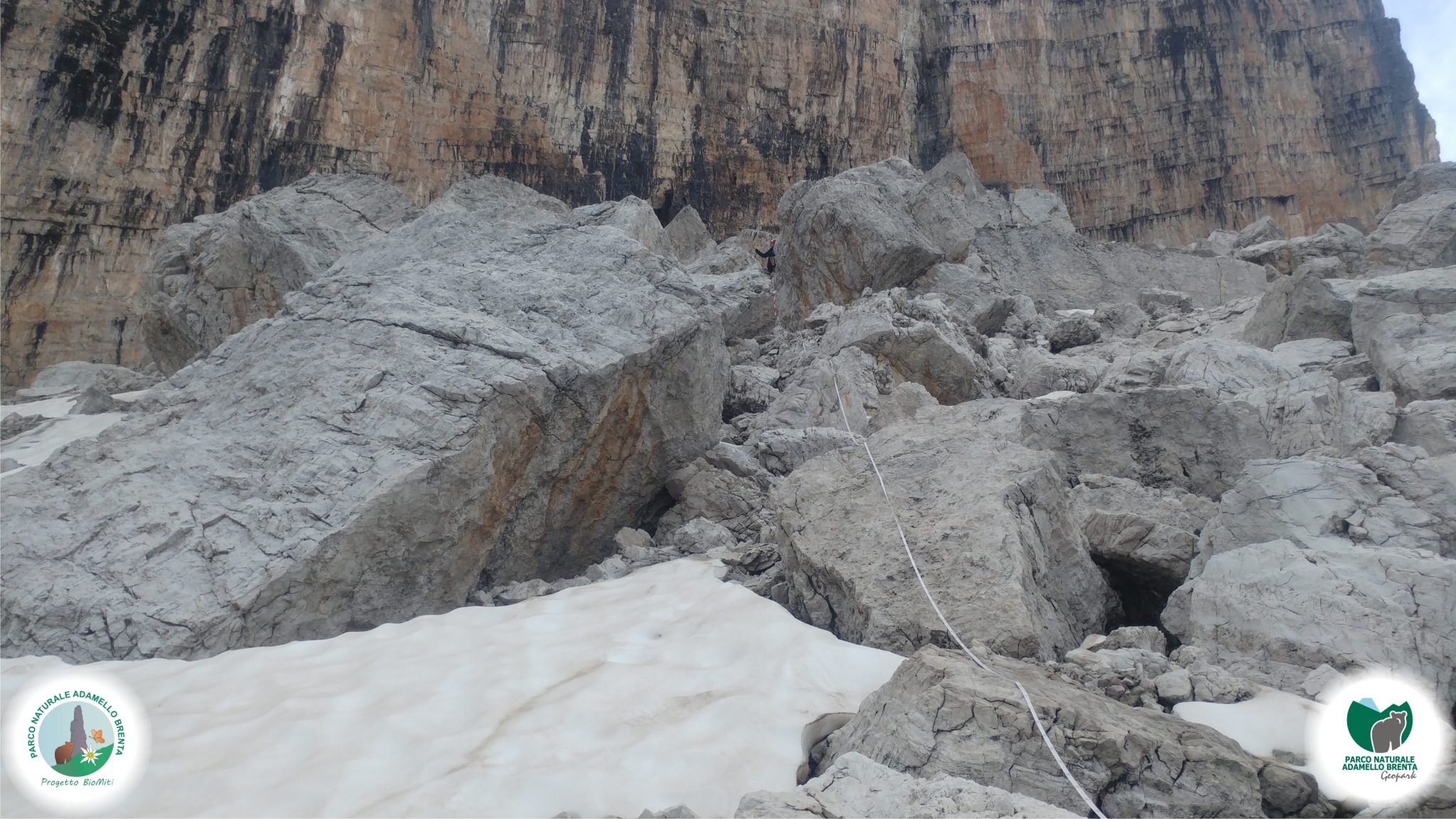 It is quite common in this environment to see traces of the chamois. This ungulate contends the title of “prince of the peaks” with another representative of the Alps: the ibex. Which, however, can be found only in the western area of the Park. Their evolution has developed highly specialized clogs. Allowing the chamois to have an excellent ability to “float” on the snow. And to the ibex, an unimaginable adherence on the rocky walls, almost like climbing shoes.We remain speechless in observing the imposing walls that overlook the area. The “leopard spots” coloring attracts our attention. We find ourselves in a very ancient seabed that disappeared millions of years ago. The environment in which the main dolomite was formed. We are at an altitude of 2600m, in the heart of the Brenta Dolomites.

The Plot includes two habitats, which due to their value and their poor distribution at the community level, are part of the Natura Network 2000. It is a network of areas recognized by the European Union as strategic for the conservation of biodiversity at the supra level -national.