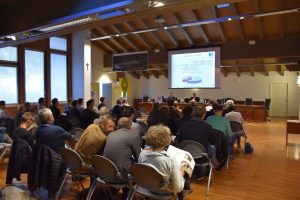 THE ACTUAL AND SUPPLEMENTARY MEMBERS OF THE MANAGEMENT COMMITTEE were appointed with Resolution no. 1880 of the Provincial Council dated 26 October 2015.

The Management Committee is composed of 66 members divided as follows:

For each of the members described in paragraph 1, the bodies and associations indicated therein designate respectively one substitute member.